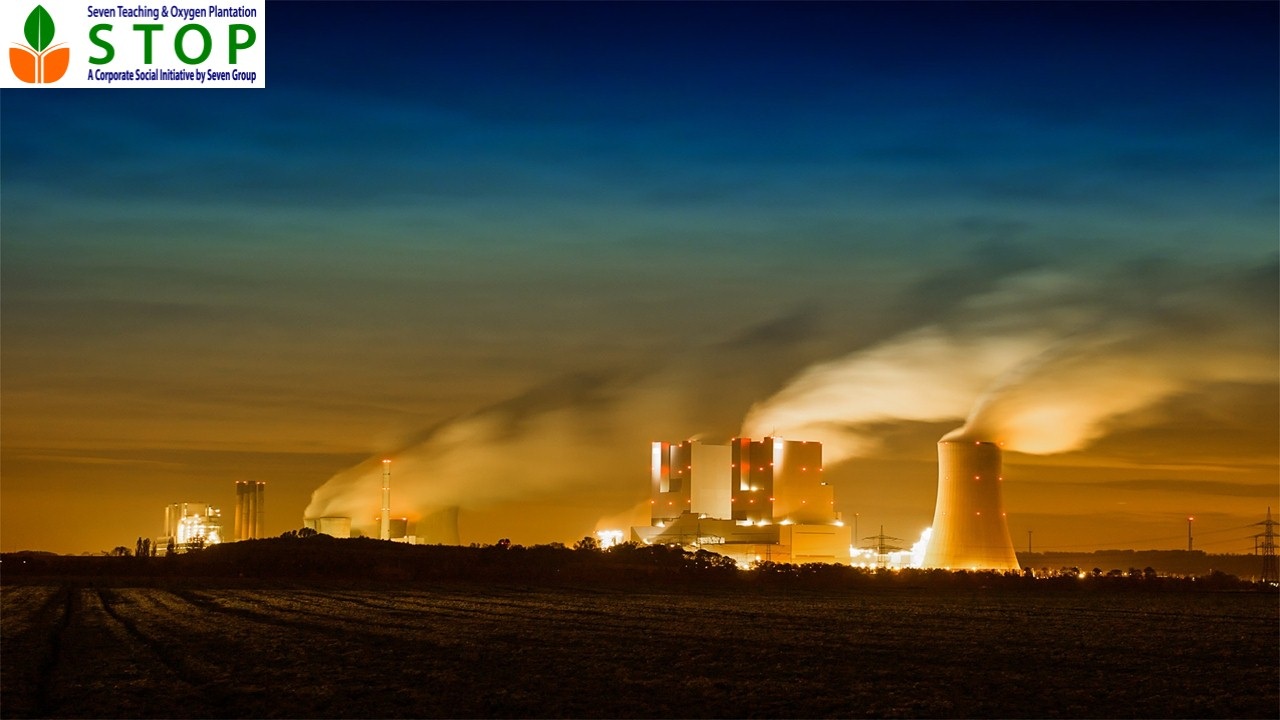 Air pollution has become the biggest environmental cause of premature death, overtaking poor sanitation and a lack of clean drinking water. According to the WHO, more than 3.5 million people are being killed each year by the air that they breathe in urban areas, and the number is rising. Air pollution now kills twice as many people as HIV/AIDS.
Two of the most prevalent and dangerous forms of air pollution are particulates and ozone. Fine particulate matter (PM) can enter the lungs and help to spread harmful substances through the body. Nitrogen oxides (NOx) react with sunlight to produce ozone and contribute to the formation of particulates. These air pollutants may have various health impacts including asthma, lung cancer, respiratory problems and heart disease. Older people are especially vulnerable, so population ageing increases the number of people at risk.
Some air pollutants harm plants and animals directly. Other pollutants harm the habitat, food or water that plants and animals need to survive. How air pollutants harm plants and animals.
Acid rain harms living things
When acidic air pollutants combine with water droplets in clouds, the water becomes acidic. When those droplets fall to the ground, the acid rain can damage the environment. Damage due to acid rain kills trees and harms animals, fish, and other wildlife. Acid rain can destroy the leaves of plants like in the picture at the left. When acid rain soaks into the ground, it can make the soil an unfit habitat for many living things. Acid rain also changes the chemistry of the water in lakes and streams, harming fish and other aquatic life.
The thinning ozone layer harms living things
Air pollutants called chlorofluorocarbons (or CFCs) have destroyed parts of the ozone layer. The ozone layer, located in the stratosphere layer of Earth's atmosphere, shields our planet from the Sun's ultraviolet radiation. The areas of thin ozone are Called ozone holes. Ultraviolet radiation causes skin cancer and damages plants and wildlife.
Tropospheric ozone harms living things
Ozone molecules wind up near the Earth's surface as a part of air pollution. Ozone molecules near the ground damages lung tissues of animals and prevent plant respiration by blocking the openings in leaves where respiration occurs. Without respiration, a plant is not able to photosynthesize at a high rate and so it will not be able to grow.
Global warming harms living things
Our planet is currently warming much more rapidly than expected because additional greenhouse gases are being released into the atmosphere from air pollution. When fuels are burned, some of the pollutants released are greenhouses gases. Through the process of photosynthesis, plants convert carbon dioxide into oxygen and use the carbon to grow larger. However, the amount of carbon dioxide released by burning fuels is much more than plants can convert.
Global warming is causing changes to the places where plants and animals live around the world. For example:
•    Near the poles, ice and frozen ground are melting. This causes changes in the habitat and resources for plants and animals living there.
•    Ocean warming, rising sea levels, runoff, and coral diseases are causing change in shallow marine environments such as coral reefs.
•    Global warming is causing less rain to fall in the middle of continents. This makes these areas very dry and limits water resources for plants and animals.
Furthermore, it is important to remember how everything in nature is interconnected. Pollution of all kinds can damage plant life and cause harm to the environment.
Once a plant has been weakened, it makes them more susceptible to disease and insect infestation.
This is also true for crops or other plants we rely on for food. Animals who eat polluted plants ingest these pollutants and have health problems. It is important to know that pollution causes a variety of damage to the planet as a whole. Seven Group India is one of the top Executive Firm in Mumbai, Navi Mumbai & Thane who provides services in the field of HR, Education, IT, Digital & Legal. 7Group Mumbai is concerned about the protection of environment, our firm initiated a corporate social Program Called Seven Teaching & Oxygen Plantation (STOP).
We need to work together to prevent pollution and clean up our planet as much as possible.
In China, India and many other countries, a shift to diesel is compounding an upward trend in emissions as vehicle growth outpaces the adoption of tighter emission limits. Some of the worst air pollution is taking place in fast-growing cities like Beijing and New Delhi. China has one fifth of the world’s population but accounts for nearly two-fifths of the global death toll linked to outdoor air pollution. India has far fewer air pollution-related mortalities, but deaths from ambient air pollution are rising quickly – around 12% from 2005 to 2010. Seven Group Mumbai has dedicated team to work on all our services efficiently and satisfies our clients through our service.